Will Bernie Sanders as President Lead to Higher Taxes? 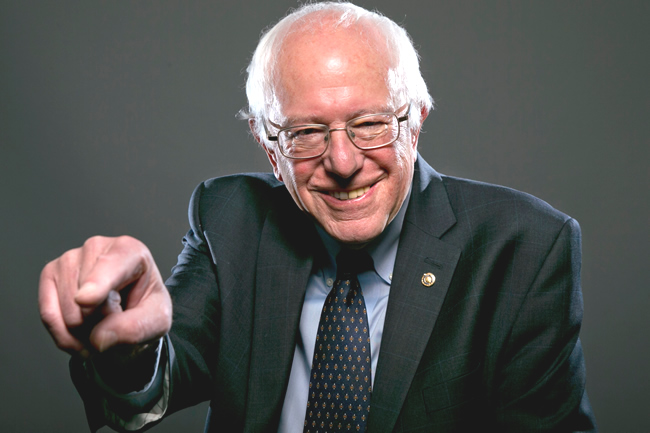 Bernie Sanders’ rise in the presidential campaign has surprised many. He currently is the most electable candidate not just in the Democratic Party but across the board. The latest polls show he would defeat Republican front-runner Donald Trump by a wider margin than Hillary Clinton. Fueling his campaign are his more socialist ideas that resonate with many, especially Millenials, that still struggle to find work as the gap between the poor and the rich widens.

Many of Senator Sanders’ ideas to rebuild the middle-class double as a possible way to fix a broken nation. However, these socialism-light policies still scare many, especially the right conservatives that make up the Republican Party. One of the largest concerns is whether or not the programs promised by the Sanders campaign will lead to higher taxes as a way to find funding.

The short answer to whether or not Senator Sanders’ presidency will lead to higher taxes is yes, but only for the 1 percent. Senator Sanders has yet to propose a specific tax plan, but he has several ideas that all circle around the same four principles, according to his website:

Senator Sanders has promised to raise taxes, something that all the democratic candidates plan to do to fund more programs to help struggling Americans. Sanders plans to tax the richest Americans, which are those who qualify for the top bracket for income tax. The minimum income to qualify for this bracket is $400,000 per year. Although rumors have stated he plans to tax this group as high as 90 percent, in reality it will not be that high. He has yet to state an exact number but has promised that it will not be as high as the 90 percent implemented by President Dwight D. Eisenhower.

He will also raise taxes on capital gains and dividends, which can help to raise capital, as it is another section that fuels the economic imbalance. The low rates on capital gains and dividends further help the top 1 percent to increase their wealth, and Senator Sanders plans to raise the tax rates to increase federal revenue. To tackle the unfairness in the estate tax, Senator Sanders plans to lower the bar on the estate taxes from $5.4 million for an individual and $11 million for a couple down to $3.5 million and $7 million respectively. Many of these programs will not affect over 99 percent of Americans and will help to equalize the tax burden of the rich and poor in the country.

In addition to raising income tax on these individuals, he also plans to remove tax loopholes and breaks that benefit multinational corporations and the very rich. This would help to put the financial burden of his planned social safety nets on those who can easily afford it: the extremely rich. According to Senator Sanders’ campaign, the current tax code helps create the economic imbalance. The very rich and corporations get away with more than the average individual and do not pay a fair share.

For the average American, nothing will change in regard to their taxes, and they may even find themselves being able to pay for their tax liability with ease if Bernie Sanders is able to implement his other programs, including a higher minimum wage, free healthcare, free childcare, higher social security benefits, and free public college education. Of course, Senator Sanders cannot do any of this alone, as anything he proposes must go through Congress. What comes out as a law can look almost nothing like his initial proposals. Some new taxation may even end up hitting everyone, such as the current bill in Congress backed by Sanders that utilizes a payroll tax as a way to finance a mandate for 12 weeks of paid family and medical leave.

With the primaries a few months away and the actual inauguration of the next president over a year away, none of Senator Sanders’ tax plans will be implemented any time soon, and his proposed changes do not affect those who already have a significant tax debt. There are current programs in place that can help you to reduce or even remove your tax debt. Contact the tax professionals at Fidelity Tax Relief at 877-372-2520 today to find out how we can help you get rid of your tax debt and no longer be under the thumb of the IRS.

Call us Toll-Free at 877-372-2520
for a free, no-cost-or-obligation consultation.
See If You Qualify
PrevPreviousHow to Reduce Your $10,000 Plus Tax Debt in 5 Steps or Less
NextThe 7 New Tax Laws for 2016 You Need to Know AboutNext
"I can’t begin to describe how great Matt was with me and how much I appreciate how Fidelity Tax Relief resolved my tax issues. You need to promote or commend Matt. He was able to calm me down when I was stressed out. He was able to talk to me and make me feel at ease during all of our conversations. Every time I called him, he was very informed of all that was going on with my situation. I know I can be difficult sometimes but Matt always remained very calm and never raised his voice. He always listened to my questions and comments and managed to calm me down and reassure my confidence in Fidelity Tax Relief’s ability to resolve my tax issues. I really can’t say enough about Matt. Thank you, Fidelity!"
Allison PSan Antonio, TX
"Dealing with an IRS problem is not easy and very stressful. Once I contacted Fidelity Tax Relief, Mike walked me through the entire process and explained everything to me. You guys were able to release the tax levy on my wages the very same day. These guys are the real deal. Truly, from the bottom of my heart, thank you!"
Michael A.Charleston, SC
"Fidelity Tax Relief agents were professionals and pleasant to deal with. My case was done in a timely manner and to my satisfaction. They reduced my debt by 80% and I would recommend this company to anyone who needs help with the IRS. Thank you Fidelity Tax Relief."
Lisa WLos Angeles, CA
"Once you experience a wage garnishment, you will never make a mistake with your taxes again. FTR was able to remove the lien within 24 hours! You guys are just experts at what you do! I would recommend this company without hesitation."
Lois D.Dallas, TX
"I spoke to a tax consultant by the name of Lisa Foster. She was very helpful and answered all the questions I decided to hire Fidelity Tax Relief to handle my tax problem and receive phone calls and emails on a daily basis regarding the status of my account which is great because I always know what going on with my case before I choose to go with Fidelity Tax Relief I shopped around and they by far had the best customer service and tax consultants of any resolution company I spoke with once again I wanna thank Fidelity Tax Relief for all they have done for me and I would recommend anyone who owes a debt to the IRS or state."
John A.Atlanta, GA
"Fidelity helped me through the entire process and just did a great job resolving my tax issues. They were able to negotiate an outcome that was much better than I expected. I would recommend anyone that is facing a tax issue to contact Fidelity Tax Relief ASAP. Ask for Jesse, he’s amazing to work with."
John A.Atlanta, GA
"If you’re looking for tax help, stop looking, and hire Fidelity Tax Relief now!!! Right now!!! You won’t find a better team to handle your tax issues. I had 6 six years of unfiled returns and it felt like the IRS was on a personal mission to destroy me. Fidelity basically held my hand through the whole ordeal and now I make a very reasonable monthly payment. They handled it all with class and professionalism. Hire them right now for your problem! You’ll be grateful you did. Thanks, Fidelity!"
Andrew A.Chicago, IL
"FTR was able to significantly reduce the amount that the IRS was garnishing from my paycheck. You guys are doing a great job helping me become compliant with the IRS and resolving my state tax debt as well. I truly appreciate your help and am very happy with your firm."
Laura S.Charlotte, NC
"Fidelity Tax Relief helped resolve my tax issues in an expedient and professional manner. I enjoyed what should have been just a terrible experience and I’m glad that I chose them to help."
Todd H.Pembroke, GA
Previous
Next