Understanding Why You’re Getting an IRS Audit What if your world was turned upside down and you didn’t even know why?

Getting an IRS audit can be very scary and very stressful. Most people don’t understand why they are being audited or what options they now have.

That’s why we put together this comprehensive guide to the IRS tax audit. With this knowledge, you will be able to handle current and future audits and leave the stress behind.

Filling out your taxes often feels like you’re back in high school math. This is appropriate because one of the biggest audit triggers is bad calculations on your part.

This could be as simple as adding a couple of numbers incorrectly. Or, if you’re really tired, you might mistake one number for another. That “3” can look a lot like an “8” if you’re tired enough!

Sadly, if you get hit with an audit, the IRS is likely to assume these mistakes are malicious instead of just bad math on your part.

For better or worse, much of the tax process has been automated and digitized. That means it’s very easy for an IRS computer to determine other discrepancies when it comes to your taxes.

Sometimes, your account may be flagged if you and someone else entirely claimed the same person as a dependant. Or the computer simply tags your filing as looking very different from others in your income range.

Long story short? You need to be very careful and avoid making small errors. They can easily add up to a big audit!

Want to know one of the simplest ways to trigger an audit? Forgetting to report some of your income!

This mostly happens to people who performed a variety of “side jobs” in addition to their primary job. It’s tempting to think of the extra cash as “money under the table” and not report it to the IRS.

Here’s the thing, though: most freelance jobs keep meticulous records and file the money they paid you as part of a 1099 form. If they mention how much you got paid and you leave that information off, the IRS will naturally be suspicious.

You Make A Lot Of Money

Depending on your income, we’ve got some good news and some bad news. Here it is: unless you make a very lot or a very little, you are probably safe from an audit.

That’s because most people have less than a 1% chance of being audited. In fact, you are likely to go your entire life and not have to worry about being audited.

However, the IRS pays closer attention to people who make at least $500,000. In this income range, it is more tempting for people to creatively hide income and dodge taxes. And, of course, there’s more potential money for the IRS to recover.

If your income is below $25,000, you also have an increased risk. That’s because the IRS may think you are somehow earning more money and failing to report it.

All Those Donations and Deductions

Donate a lot to charity last year? In that case, you can claim some sweet deductions. But the IRS may put those donations under a microscope.

That’s because many people either fabricate donations entirely or exaggerate how much they donated. Upon audit, the IRS will want to see proof that you actually donated these specific amounts.

They will also pay close attention to how much you donated versus how much you earned. If it looks like you are giving away giant chunks of your yearly income, it may make people suspicious.

And this logic applies to other itemized deductions as well. If you have a ton of different deductions itemized, it may raise some IRS eyebrows.

Stay safe and never itemize anything you don’t have a receipt for.

Are you self-employed? In that case, you’re living the dream of being your own boss. Unfortunately, you’re also subject to heightened IRS scrutiny.

Why? Because those who are self-employed get to claim a bunch of juicy deductions that range from a home office deduction to deductions for travel and meals.

Needless to say, it’s easy for someone to fabricate or exaggerate things in order to reduce taxes or maybe net a nice refund. The IRS will compare your file with others in the same field and see if you’re claiming a lot more than the norm.

If so, you are likely to get audited.

Are you an investor? Congrats! You get to enjoy the benefit of extra money coming in throughout the year.

However, growing your wealth comes with an obvious downside: it can be difficult for you to keep up with every fluctuation in your finances. And if you fail to report any of this income, you land on the IRS radar.

This is a lot like getting money from freelance work. Because the IRS already has a record of things like investment dividends, they can tell if you don’t report something. At that point, a tax audit is pretty much inevitable.

You Get the Earned Income Tax Credit

The Earned Income Tax Credit is one of the best tax credits you can claim. Unfortunately, claiming this credit will automatically put your taxes under additional examination.

That’s because EITC only applies to a narrow range of people. You must have qualifying dependants and also meet some very specific income qualifications. Therefore, it’s easy to think you qualify when you don’t.

On top of that, the IRS is legally forbidden from refunding any money from EITC until the middle of February. This gives them extra time to review your claims for accuracy and hit you with a tax audit if anything is incorrect.

In An IRS Audit? Here’s What Comes Next

What comes next after you are hit with an IRS audit? Simple: you must now deal with the IRS as they review your filing. Afterward, you may be required to pay additional money and fees based on their findings.

The good news is that you don’t have to tackle an audit on your own. Fidelity Tax Relief helps represent you to the IRS and fights for your rights every step of the way.

To see how we can help with every step of the audit process, contact us today! 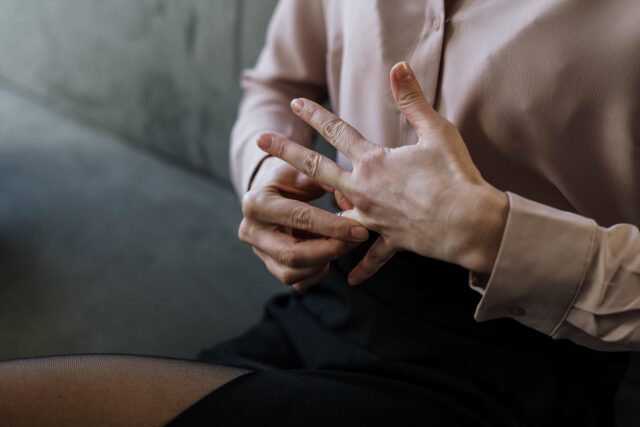 Call us Toll-Free at 877-372-2520
for a free, no-cost-or-obligation consultation.
See If You Qualify
PrevPreviousEverything You Need to Know About the IRS Fresh Start Program
NextUltimate Guide to IRS Debt Forgiveness ProgramNext
"I can’t begin to describe how great Matt was with me and how much I appreciate how Fidelity Tax Relief resolved my tax issues. You need to promote or commend Matt. He was able to calm me down when I was stressed out. He was able to talk to me and make me feel at ease during all of our conversations. Every time I called him, he was very informed of all that was going on with my situation. I know I can be difficult sometimes but Matt always remained very calm and never raised his voice. He always listened to my questions and comments and managed to calm me down and reassure my confidence in Fidelity Tax Relief’s ability to resolve my tax issues. I really can’t say enough about Matt. Thank you, Fidelity!"
Allison PSan Antonio, TX
"Dealing with an IRS problem is not easy and very stressful. Once I contacted Fidelity Tax Relief, Mike walked me through the entire process and explained everything to me. You guys were able to release the tax levy on my wages the very same day. These guys are the real deal. Truly, from the bottom of my heart, thank you!"
Michael A.Charleston, SC
"Fidelity Tax Relief agents were professionals and pleasant to deal with. My case was done in a timely manner and to my satisfaction. They reduced my debt by 80% and I would recommend this company to anyone who needs help with the IRS. Thank you Fidelity Tax Relief."
Lisa WLos Angeles, CA
"Once you experience a wage garnishment, you will never make a mistake with your taxes again. FTR was able to remove the lien within 24 hours! You guys are just experts at what you do! I would recommend this company without hesitation."
Lois D.Dallas, TX
"I spoke to a tax consultant by the name of Lisa Foster. She was very helpful and answered all the questions I decided to hire Fidelity Tax Relief to handle my tax problem and receive phone calls and emails on a daily basis regarding the status of my account which is great because I always know what going on with my case before I choose to go with Fidelity Tax Relief I shopped around and they by far had the best customer service and tax consultants of any resolution company I spoke with once again I wanna thank Fidelity Tax Relief for all they have done for me and I would recommend anyone who owes a debt to the IRS or state."
John A.Atlanta, GA
"Fidelity helped me through the entire process and just did a great job resolving my tax issues. They were able to negotiate an outcome that was much better than I expected. I would recommend anyone that is facing a tax issue to contact Fidelity Tax Relief ASAP. Ask for Jesse, he’s amazing to work with."
John A.Atlanta, GA
"If you’re looking for tax help, stop looking, and hire Fidelity Tax Relief now!!! Right now!!! You won’t find a better team to handle your tax issues. I had 6 six years of unfiled returns and it felt like the IRS was on a personal mission to destroy me. Fidelity basically held my hand through the whole ordeal and now I make a very reasonable monthly payment. They handled it all with class and professionalism. Hire them right now for your problem! You’ll be grateful you did. Thanks, Fidelity!"
Andrew A.Chicago, IL
"FTR was able to significantly reduce the amount that the IRS was garnishing from my paycheck. You guys are doing a great job helping me become compliant with the IRS and resolving my state tax debt as well. I truly appreciate your help and am very happy with your firm."
Laura S.Charlotte, NC
"Fidelity Tax Relief helped resolve my tax issues in an expedient and professional manner. I enjoyed what should have been just a terrible experience and I’m glad that I chose them to help."
Todd H.Pembroke, GA
Previous
Next