More Taxpayers May Benefit from an Offer in Compromise 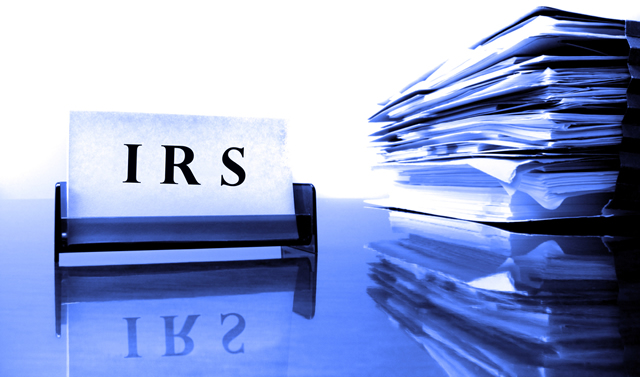 An Offer in Compromise attracts many taxpayers who owe a significant amount of money to the IRS. This tax relief solution allows you to pay the IRS a one-time bulk payment fee that fits within your means, and the IRS forgives the rest of your tax debt. This tax resolution option may be highly sought after, but it is also one of the hardest for which to qualify. The IRS has strict restrictions on who can qualify, although at times the IRS is more willing to compromise. Right now is an excellent time for applying for an Offer in Compromise because since 2012, the IRS has been accepting far more offers than in the previous decade, according to Forbes.

In 2012, 64,000 people applied for an Offer in Compromise, of which 24,000 were approved, which correlates to a 38 percent approval. The next year, there were 10,000 more applicants and 7,000 more approvals, leading to a 42 percent approval. 2014 had a slightly lower approval percentage at 40 percent, which included 27,000 approvals out of the 68,000 applications. These three years had approval ratings much higher than the first decade of the 2000s, which often remained in a 25 to 30 percent approval range.

To determine whether or not to accept an Offer in Compromise, the IRS reviews your income, assets, age, and other factors to determine the reasonable collection potential. They also review the ability for you to pay your entire tax liability both now and in the future. With this information, they create what is known as the Reasonable Collection Potential.

Relaxing the Criteria for Approval

The 2012 Fresh Start incentive made some changes to the Offer in Compromise acceptance policy, relaxing some of the rules. The way the IRS calculated a taxpayer’s future income changed, and they allowed some bank accounts, a portion of the equity of motor vehicles, and assets or property that produced income to be excluded when valuing assets. The IRS also changed what was allowed in the monthly budget, including repaying student loans and state and local taxes. The IRS also expanded the Allowable Living Expense amount.

The IRS also reduced the future time period for which they review the reasonable collection potential. If you plan to pay the offer in five or fewer installments, then it only looks at one year of future income. For those making more payments, it reviews two years of future income. All of these changes have led to 75 percent less money required to settle a tax debt for those paying it off in five or less installments.

Now is the Time to Apply for an Offer in Compromise

For taxpayers feeling completely weighed down by their federal tax debt and believing they will never be able to pay it off, the chances of being approved for an Offer in Compromise has never been higher. However, it remains one of the most difficult tax resolution options for which to be approved. Therefore, you should also research other tax relief options, such as an Installment Agreement to see what is right for you.

The tax professionals at Fidelity Tax Relief are well versed in the requirements for successfully applying for an Offer in Compromise. Their help on your application increases your chances of being accepted. They will also discuss your other tax resolution options with you so that you choose the best option for your situation.

Call us Toll-Free at 877-372-2520
for a free, no-cost-or-obligation consultation.
See If You Qualify
PrevPreviousHow Much Money Does the IRS Take for a Wage Garnishment?
NextWhat Is the Difference Between a Wage Garnishment and a Bank Levy?Next
"I can’t begin to describe how great Matt was with me and how much I appreciate how Fidelity Tax Relief resolved my tax issues. You need to promote or commend Matt. He was able to calm me down when I was stressed out. He was able to talk to me and make me feel at ease during all of our conversations. Every time I called him, he was very informed of all that was going on with my situation. I know I can be difficult sometimes but Matt always remained very calm and never raised his voice. He always listened to my questions and comments and managed to calm me down and reassure my confidence in Fidelity Tax Relief’s ability to resolve my tax issues. I really can’t say enough about Matt. Thank you, Fidelity!"
Allison PSan Antonio, TX
"Dealing with an IRS problem is not easy and very stressful. Once I contacted Fidelity Tax Relief, Mike walked me through the entire process and explained everything to me. You guys were able to release the tax levy on my wages the very same day. These guys are the real deal. Truly, from the bottom of my heart, thank you!"
Michael A.Charleston, SC
"Fidelity Tax Relief agents were professionals and pleasant to deal with. My case was done in a timely manner and to my satisfaction. They reduced my debt by 80% and I would recommend this company to anyone who needs help with the IRS. Thank you Fidelity Tax Relief."
Lisa WLos Angeles, CA
"Once you experience a wage garnishment, you will never make a mistake with your taxes again. FTR was able to remove the lien within 24 hours! You guys are just experts at what you do! I would recommend this company without hesitation."
Lois D.Dallas, TX
"I spoke to a tax consultant by the name of Lisa Foster. She was very helpful and answered all the questions I decided to hire Fidelity Tax Relief to handle my tax problem and receive phone calls and emails on a daily basis regarding the status of my account which is great because I always know what going on with my case before I choose to go with Fidelity Tax Relief I shopped around and they by far had the best customer service and tax consultants of any resolution company I spoke with once again I wanna thank Fidelity Tax Relief for all they have done for me and I would recommend anyone who owes a debt to the IRS or state."
John A.Atlanta, GA
"Fidelity helped me through the entire process and just did a great job resolving my tax issues. They were able to negotiate an outcome that was much better than I expected. I would recommend anyone that is facing a tax issue to contact Fidelity Tax Relief ASAP. Ask for Jesse, he’s amazing to work with."
John A.Atlanta, GA
"If you’re looking for tax help, stop looking, and hire Fidelity Tax Relief now!!! Right now!!! You won’t find a better team to handle your tax issues. I had 6 six years of unfiled returns and it felt like the IRS was on a personal mission to destroy me. Fidelity basically held my hand through the whole ordeal and now I make a very reasonable monthly payment. They handled it all with class and professionalism. Hire them right now for your problem! You’ll be grateful you did. Thanks, Fidelity!"
Andrew A.Chicago, IL
"FTR was able to significantly reduce the amount that the IRS was garnishing from my paycheck. You guys are doing a great job helping me become compliant with the IRS and resolving my state tax debt as well. I truly appreciate your help and am very happy with your firm."
Laura S.Charlotte, NC
"Fidelity Tax Relief helped resolve my tax issues in an expedient and professional manner. I enjoyed what should have been just a terrible experience and I’m glad that I chose them to help."
Todd H.Pembroke, GA
Previous
Next