Got Tax Debt? You May Find Your Passport Cancelled 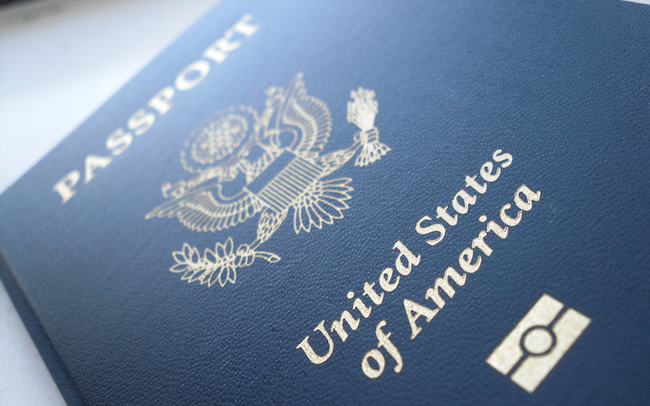 Living with federal tax debt leads to stress, fear, and financial difficulty, but you can still enjoy a vacation abroad to get away from it all. However, if a new bill becomes a law, then you may have to put that vacation on hold. A proposal attached to a highway bill aims to allow the State Department to revoke or deny passports due to unpaid tax debts.

The IRS and Justice Department already cooperate to catch tax evaders who head abroad to escape the clutches of the IRS. The Foreign Account Tax Compliance Act (FATCA) also helps ensure Americans who live or work abroad remain compliance in their US taxes by forcing full disclosure about foreign assets, including foreign banks providing information about potential American account holders.

Much of this is to try to prevent people from hiding themselves and/or their assets abroad to get out of paying taxes. A new bill proposed in Congress will take these measures a step further by targeting taxpayers who have not tried to avoid paying their taxes but simply cannot afford to do so. The idea began back in 2012 when the Government Accountability Office saw potential in using passports as a way to collect unpaid taxes.

The H.R. 22 is a highway bill that passed through both the Senate and the House, meaning it is on its way to becoming a law. It includes an amendment that would implement the plan to deny passports to those with significantly high federal tax debt. Currently, it is in conference, which means something might be altered, but experts predict it passing as is. If and when it passes, it will implement section 7345 to the current tax code, which is entitled “Revocation or Denial of Passport in Case of Certain Tax Delinquencies” to start in January 2016

With this bill, the State Department has the right to deny, revoke, or limit a US citizen’s passport if they have $50,000 or more in tax debt. It is not just criminal tax cases or flight risks addressed by this bill. Anyone who has a significant tax debt could find themselves without their passport, even if they originally owed less but the penalties and interest raised their debt to this level.

Taxpayers who are included in this group may find their passports rescinded, or if they have yet to apply for one, they will not be able to do so. The State Department will have the right to deny passports, although there is still an administrative exception that allows the issuing of passports to citizens in the cases of humanitarian reasons or emergencies.

The Effect of the New Tax Code

The biggest effect in this new law could be in people’s interaction with the IRS. They already fear this large collection agency, and now they have something else that could be taken away from them beyond their belongings and assets. They lose the right to their passport, which is not just a paper that allows them to travel; it also is a document proving their identity and citizenship. The right to travel is also an internationally recognized right. This bodes the question of whether or not this bill is even constitutional.

It is not difficult to find yourself owing $50,000 or more, especially when you include interest and penalty fees. If you wait to allow the IRS to take collection action, you could find yourself without a passport, a basic right as a citizen. However, the law only applies to those who have an outstanding tax debt. If you are working on paying it off under an Installment Agreement, you can still get your passport as long as you are in compliance to the agreement.

Don’t risk getting your passport taken away from you if this law passes into a bill. Take action today to negotiate a settlement for your tax debt. Even if you do not yet owe $50,000, it is time to take action because if you owe any significant amount of tax debt, it can quickly reach the $50,000 mark with penalties and interest. Call Fidelity Tax Relief at 714-500-7369 to speak to expert tax relief specialists who will investigate your case and find the best resolution for you to prevent yourself from facing any type of collective action, including losing your right to travel. In some cases, you may even find you can significantly reduce your tax debt.

Call us Toll-Free at 877-372-2520
for a free, no-cost-or-obligation consultation.
See If You Qualify
PrevPreviousThe Top 5 Ways to Reduce your $10,000 Plus Tax Debt
NextHow to Reduce Your $10,000 Plus Tax Debt in 5 Steps or LessNext
"I can’t begin to describe how great Matt was with me and how much I appreciate how Fidelity Tax Relief resolved my tax issues. You need to promote or commend Matt. He was able to calm me down when I was stressed out. He was able to talk to me and make me feel at ease during all of our conversations. Every time I called him, he was very informed of all that was going on with my situation. I know I can be difficult sometimes but Matt always remained very calm and never raised his voice. He always listened to my questions and comments and managed to calm me down and reassure my confidence in Fidelity Tax Relief’s ability to resolve my tax issues. I really can’t say enough about Matt. Thank you, Fidelity!"
Allison PSan Antonio, TX
"Dealing with an IRS problem is not easy and very stressful. Once I contacted Fidelity Tax Relief, Mike walked me through the entire process and explained everything to me. You guys were able to release the tax levy on my wages the very same day. These guys are the real deal. Truly, from the bottom of my heart, thank you!"
Michael A.Charleston, SC
"Fidelity Tax Relief agents were professionals and pleasant to deal with. My case was done in a timely manner and to my satisfaction. They reduced my debt by 80% and I would recommend this company to anyone who needs help with the IRS. Thank you Fidelity Tax Relief."
Lisa WLos Angeles, CA
"Once you experience a wage garnishment, you will never make a mistake with your taxes again. FTR was able to remove the lien within 24 hours! You guys are just experts at what you do! I would recommend this company without hesitation."
Lois D.Dallas, TX
"I spoke to a tax consultant by the name of Lisa Foster. She was very helpful and answered all the questions I decided to hire Fidelity Tax Relief to handle my tax problem and receive phone calls and emails on a daily basis regarding the status of my account which is great because I always know what going on with my case before I choose to go with Fidelity Tax Relief I shopped around and they by far had the best customer service and tax consultants of any resolution company I spoke with once again I wanna thank Fidelity Tax Relief for all they have done for me and I would recommend anyone who owes a debt to the IRS or state."
John A.Atlanta, GA
"Fidelity helped me through the entire process and just did a great job resolving my tax issues. They were able to negotiate an outcome that was much better than I expected. I would recommend anyone that is facing a tax issue to contact Fidelity Tax Relief ASAP. Ask for Jesse, he’s amazing to work with."
John A.Atlanta, GA
"If you’re looking for tax help, stop looking, and hire Fidelity Tax Relief now!!! Right now!!! You won’t find a better team to handle your tax issues. I had 6 six years of unfiled returns and it felt like the IRS was on a personal mission to destroy me. Fidelity basically held my hand through the whole ordeal and now I make a very reasonable monthly payment. They handled it all with class and professionalism. Hire them right now for your problem! You’ll be grateful you did. Thanks, Fidelity!"
Andrew A.Chicago, IL
"FTR was able to significantly reduce the amount that the IRS was garnishing from my paycheck. You guys are doing a great job helping me become compliant with the IRS and resolving my state tax debt as well. I truly appreciate your help and am very happy with your firm."
Laura S.Charlotte, NC
"Fidelity Tax Relief helped resolve my tax issues in an expedient and professional manner. I enjoyed what should have been just a terrible experience and I’m glad that I chose them to help."
Todd H.Pembroke, GA
Previous
Next